​​October 26, 2017- The Windham community opened their hearts to achieve amazing results while hosting the annual Blackout Cancer Week in September. The week-long event rais­­­ed over $31,000, which is almost twice the amount from last year, and will be directed to pediatric cancer research and family support.

Windham also set records as over 3,000 residents attended the 6th Annual Blackout Cancer football game and there was a sea of black with 2,200 wearing the special Blackout Cancer t-shirts. In addition, area schools collected hundreds of toys, cheerful Band-Aids and sheets for hospitalized children fighting cancer.

“It is wonderful to see our town rally and produce such impactful results,” said School Board Chairperson Rob Breton. “Having an event like this teaches our youth that it is important and worthwhile to give back. Just seeing the expressions of the families honored during half-time at the football game will provide lasting impressions.”

“Windham’s high level of generosity, empathy, and participation is outstanding. It is an honor to be part of this community,” said Stephen Sierpina, Windham High School Principal.

As this event has grown significantly over the last few years, a new non-profit organization called Project Blackout was formed to handle the scale and plan additional events. Many local businesses are proactively reaching out to become a sponsor and other schools are looking to host similar Blackout nights in their districts.
​
“Windham Blackout Cancer Week is part of the fabric that brings Windham together. We are proud of what we’ve accomplished in a short amount of time thanks to the extraordinary involvement of our community,” said Bill Raycraft, WHS Athletic Director. ​

​November 29, 2016-  The heart of Windham shines bright for pediatric cancer patients this holiday season as a donation of $17,100 was given to Sophia’s Fund from money raised by WHS athletics during Windham Blackout Cancer Week. In addition, a huge delivery of small toys and Band-Aids was received with big smiles by the children at Tufts Medical Center from collections during Blackout Cancer Week.

“The Windham community stepped up in a big way for those suffering from this terrible disease,” said WHS Athletic Director Bill Raycraft, “The large donation is a testament to Windham’s generosity and caring. We want to give a huge thank you to everyone who participated in Blackout Cancer Week.”

Of the cash amount raised, $11,474 was collected from proceeds of the popular Blackout t-shirts and gate sales at the well-attended 5th Annual Blackout Cancer Football game. Raffle baskets that were donated by many in the community earned $1,972 and the car raffle $1,500. Local businesses contributed $1,124 at kickoff parties including MaryAnn’s Diner ($500), Red’s Tavern ($524), and Capri Pizza ($100); and 33 Hilltop contributed $140. The WHS cheer teams raised $890 from their bow auction. Many large boxes of Band-Aids and small items were collected by students at Golden Brook, Center School, Middle School, Kiddie Academy of Windham, Windham Learning Tree Academy, Windham Cooperative School, Golden Crane, and Professional Martial Arts Academy.

"I am proud to be part of a community with strong values and who teaches our youth the importance of giving back," said Windham's Superintendent Richard Langlois.

The WHS athletic department would like to extend special thanks to the following: yellow yellow creative for their awesome design work; Canobie Lake Veterinary Hospital for donating the temporary lights for the night game; Red’s Tavern, MaryAnn’s Diner, and Capri Pizza for their kickoff parties; 33 Hilltop for their donation; Myshirtbuzz.com for the Blackout Cancer wristbands; Christie Rondeau of The Art House for flyers, Windham Wolverines Football and Cheer for their support; Brine Team Sales for printing the Blackout Cancer t-shirts; administration, teacher representatives, students, and parents at GBS, WMS, WCS, WHS, area preschools, and businesses for their donations.

Windham High School Principal Bob Dawson weighed in, “This year's donation will go a long way to help those served by Sophia’s Fund. It is fantastic to see Blackout Cancer Week grow, the community has embraced a great cause."

The Blackout Week committee is already planning next year’s event. “There have been many inquiries from local businesses and we look forward to expanding next year.” said Michelle Stoddard. If you would like to get involved please contact Michelle (mstoddard@windhamsd.org) or Joan Potter (jpotter@windhamsd.org).  For more information please go to  www.windhamblackoutcancer.org.

Mr. Raycraft noted, “We have received tremendous feedback and are thrilled that Blackout Cancer Week has become part of the fabric that brings Windham together. Thank you, Windham.” 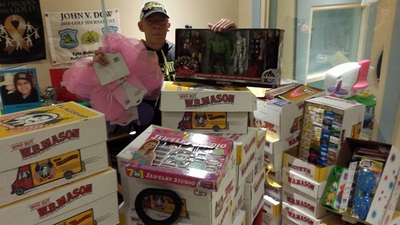 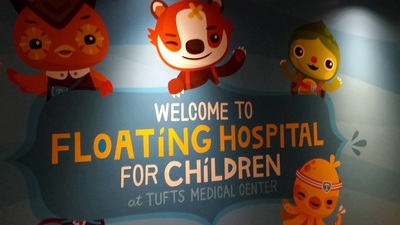 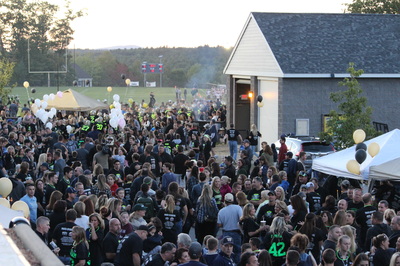